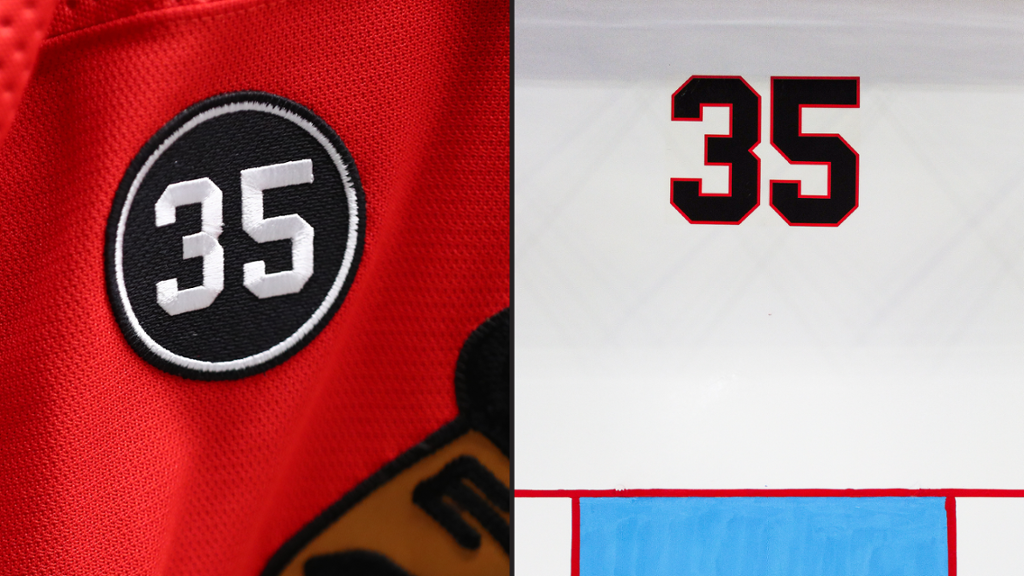 The Blackhawks and the hockey community lost an icon in the last offseason with the Hall of Fame keeper Tony Esposito dies August 10.

Throughout the season, starting with tonight’s preseason game against the Detroit Red Wings, the team will honor the franchise legend with a “35” patch on their home and away jerseys, as well. that a logo “35” in the mirror behind each net in the Center united.

Tweet from @NHLBlackhawks: Honoring Tony Esposito on our jerseys and on the ice throughout the season. #TonyO pic.twitter.com/4DT0oyevwY

After being acquired on a waiver request on June 15, 1969, Tony O, as he became known, went 38-17 with eight draws the following season, posting a goals against average of 2.17 and 15 shutouts, still the modern day record in a single season for an NHL goaltender. Esposito won the Calder Trophy as Rookie of the Year, the Vezina Trophy for helping Chicago allow the fewest goals, and joined his brother Phil, a center with the Boston Bruins, as the first team in ‘NHL stars.