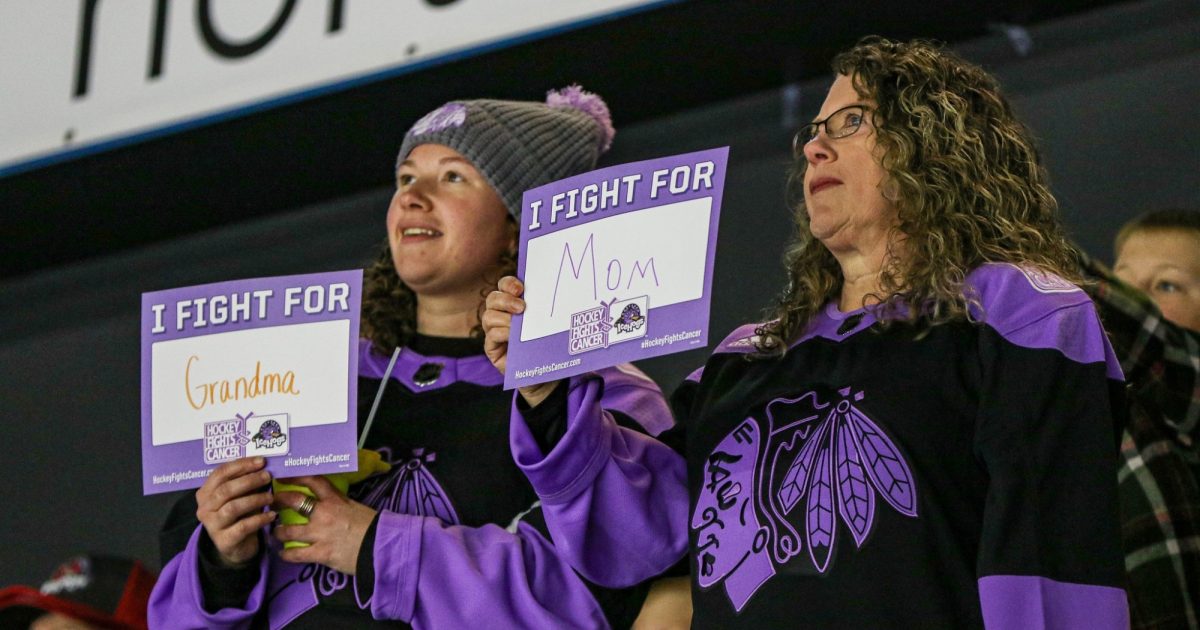 Rockford IceHogs drop the gloves against cancer with their third annual edition Hockey Fights Cancer Night benefiting the Swedish American Foundation to Friday November 26 at 7 p.m. against the Milwaukee Admirals! IceHogs players will wear personalized limited edition Hockey Fights Cancer themed jerseys that will be auctioned off throughout the game and online through IceHogs.com and DASH.

IceHogs fans are encouraged to join in on several special moments during the game and fill out personalized forms. “I am fighting for” signs that will be located throughout BMO Harris Bank Center. Download your â€œI’m fighting forâ€ sign here!

Take a photo with your signs and tag IceHogs on your favorite social media platform!

During pre-game warm-ups at Hockey Fights Cancer night, select IceHogs players will be using personalized sticks featuring special messages and the names of fans’ loved ones as part of the second annual Stick It to Cancer initiative. More information

Since 1998, Hockey Fights Cancer, a joint initiative of the NHL and the NHL Players Association, has united the hockey community to support cancer patients and their families.

The Rockford IceHogs will honor those who have fought or are currently battling cancer as part of their second annual “Stick it to Cancer” initiative. Each fan who has purchased a stick can submit the name of a loved one who has battled cancer, and that person’s name will be written on the stick of the player they funded and can claim it later at the desks office. IceHogs. Local pickup only. Shipping will not be available.

All proceeds from the stick auctions will be donated to the SwedishAmerican Foundation.